Cromwell was a member of one of the leading African American families in the U.S. Besides a distinguished father, his sister was the first black alumna of Smith College, and earned a Ph.D. from Yale. He graduated from Dartmouth in 1906 as best student in science, and his first job was as a mathematics teacher at Dunbar School. As a CPA, he taught high school accounting in Washington, D.C., and in 1930 became comptroller of Howard University. In 1960, some 40 years after becoming a CPA he was still the only black CPA in Washington, D.C.

Christine Ross became the first woman CPA in December 1899 in New York State. She passed the exam in June 1898, scoring second. She was awarded CPA certificate No. 143 a year and half later, after some controversy in the New York Board of Regents that approved licensing about whether a woman should receive the CPA designation. The 11 men who passed that same exam were promptly awarded the certificate. (You can’t make this up! By the way, the first CPA Exam was given in New York in 1896.)

Ross was born in Nova Scotia in 1873 and started her career and accounting experience in 1889 in New York. Her work in New York City continued for many years, but her later work history is not clear after she moved out of the New York area.

More than celebrating these two groups in February and March, we should reflect, appreciate and honor the early difficulties they had and consider that while we have moved further since those days, there is still a lot more to do within our profession. It appears there is much activity toward advancing both groups as well as other underrepresented groups. I suggest that whatever efforts each of us can do, one on one, can accelerate this process. 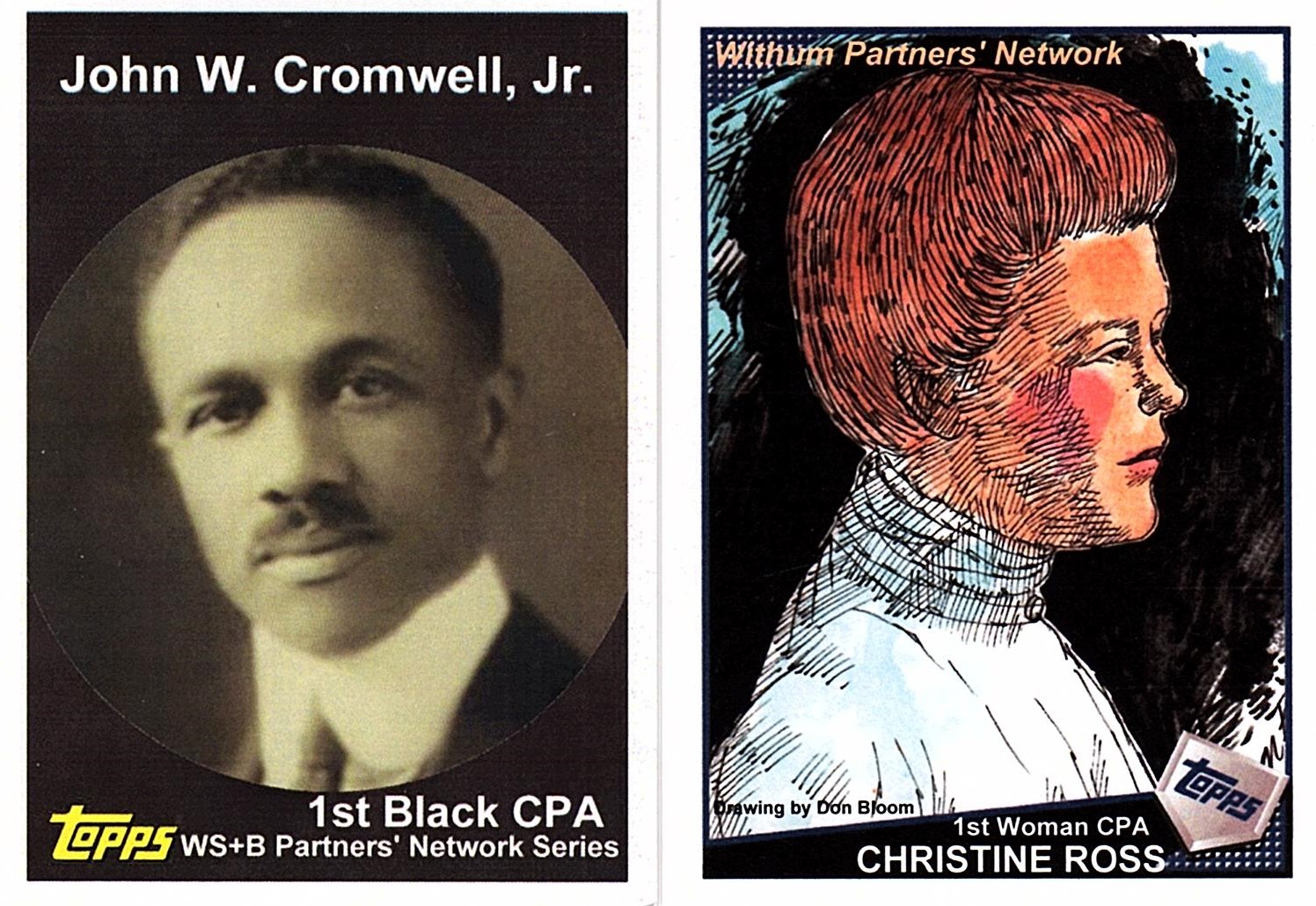 Shown here are two Topps cards for the two ‘firsts” in this article, courtesy of the Withum Partners’ Network.