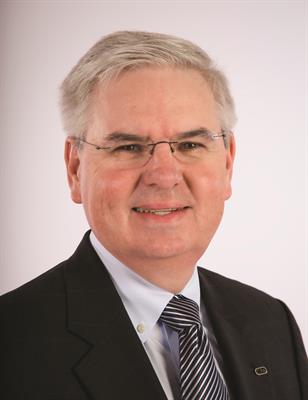 At the Accountants Club of America’s (ACA) “Annual Issues Breakfast,” Barry C. Melancon, the president and CEO of the American Institute of CPAs, discussed how the profession needs to evolve to match the pace of technology and warned of threats posed by some state governments to unwind the basic licensing regime.

Melancon began by addressing the tremendous impact of technology on the profession. “I get to spend a lot of time with people who are futurists,” he said, and thus has gained insights on what to expect from technology.

“If you don’t think this isn’t going to change life as we know it,” he said, “you’re not paying attention.”

Melancon gave the group a lot to consider for the future of the profession. With the advent of artificial intelligence, blockchain and data analytics, he said, CPAs have to rethink what the profession can do.

“If we were building the profession today, we would not limit it to accounting and tax,” Melancon said. “We have to think about a new system of information—the notion of attestation not just of numbers, but of whole systems, including human capital and the environment. We will attest that the business environment provides reliable information.”

But changing over won’t be easy, he said. “Tens of thousands of CPAs will need to reskill themselves. It’s costly and it’s hard.”

He cited the example of Dynamic Audit Solution, an ambitious three-year initiative of the AICPA and 35 accounting firms  as an example of firms coming together to reimagine what the audit can be. The AICPA’s goal for the project is to use technology to create a transformational auditing methodology. Melancon said that the payoff would come when the results are made available to the many firms that have auditing practices in the United States.

Melancon also spoke about CPA Evolution, an initiative of the AICPA and the National Association of State Boards of Accountancy (NASBA), to transform the CPA licensure model. He noted that the CPA exam has remained relatively uniform for the past 115 years, but said that nothing is uniform for 115 years. He said that what is tested needs to be broader but not as deep, noting as an example that “420,000 CPAs do not need to know derivative accounting.” He explained that the CPA Evolution initiative has arrived at a model based on the engineering profession whereby CPAs will need to know core competencies but can then specialize within their areas of practice.

Melancon emphasized the need for CPAs to put the time in to learn about the new technologies and acquire at least a “cocktail party” level of understanding of such technologies as cybercurrency and blockchain.

Turning to the topic of licensing threats, Melancon said, “There’s a lot of action in the states to unwind basic licensing regimes.” He said this movement is aimed not just at CPAs but at all licensed professions. He said that there are forces behind this movement on both the liberal and conservative side, and that they are targeting both trades such as hairdressing and learned professions, including architecture and engineering.

We’re building a coalition of learned professions” to fight these efforts, he said. Last August, the AICPA and NASBA were instrumental in launching this coalition, the Alliance for Responsible Professional Licensing (ARPL). Its focus is to educate policymakers and the public about the importance of rigorous professional licensing standards.

The NYSSCPA is working closely with the AICPA and NASBA on the CPA Evolution project and in communicating opposition to the movement against state licensure of the learned professions.

In his remarks, Melancon also paid tribute to a friend and colleague, NYSSCPA Past President Stuart Kessler, who passed away last year, calling him “an incredible human and an incredible CPA.”